No convulsions, but no development either...

So here we are mid October and Ross is already 5 months old. Thanks to the combination of anti-epilepsy drugs and steroids he's getting every day, he has now not had a seizure for 3 and a half months which is great, but as he gets older and bigger it's becoming more and more obvious that he's not really developing mentally. 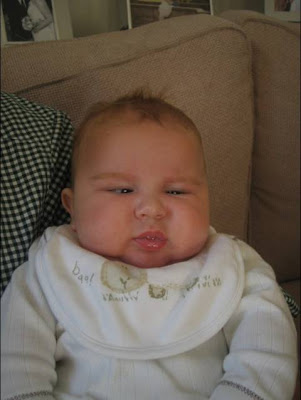 His eye patterns are random and he doesn't respond to us, which is extremely hard, he has no sleep pattern, his feeding is a bit erratic and he now pretty well hates getting his many syringe-fulls of medicine (3 times a day...)
Summer being finished he picked up another cough - cue another rushed trip to see the doctor, antibiotics etc. I wonder how many times we'll have to do that this winter? Me being back to work makes it even more difficult, especially for my wife, but it at least gives us some sort of normal weekly pattern.
And whilst the medical care Ross has received in hospital in France has been great, we now see a huge gap between the help we know we'd get in UK and what's available in France. You don't see many disabled kids around where we live for some reason...
We've a few hospital trips coming up, next week for another EEG to monitor Ross's electrical brain activity, and one the following week with his doctor at Necker. Hoping for some (any) good news!
We have had some ups too, Fin singing for Ross (see video above), Fin's 3rd birthday party was great, and then we had one night off when we left my parents with the boys and a mountain of drugs for Ross, and we headed to London on the Eurostar for the National Society for Epilepsy annual fundraising ball. We were joined by some of our great friends in London and whilst parts of the evening we found emotional and difficult, it was great to see everyone, and to do our bit (including some ridiculous bidding in the auction) towards the NSE raising £75k that night. Thanks Max Clifford for your support and encouragement! 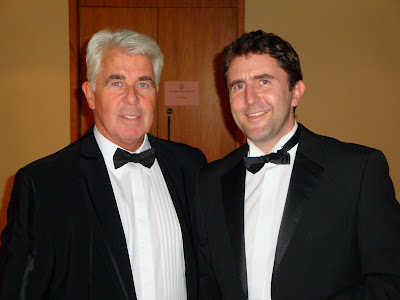 Rich has been frantically jogging/cycling apparently and we're looking at options to get some mountain training in over the winter. Easier said than done. At least I'll keep up those late night training sessions on our new Wii Fit...that's bound get me up Mont Blanc!
Posted by Karl Donnan at 14:57