After infecting everyone in Scotland with our French flu bug we went to Northern Ireland for New Year and ended up infecting everyone there too. Ross on the other hand improved and by 28th December was more or less back to himself. His improved form resulted in him pleasing us hugely with lots of smiles, something that he has only being doing for some weeks - we hope it's a sign of some progress. 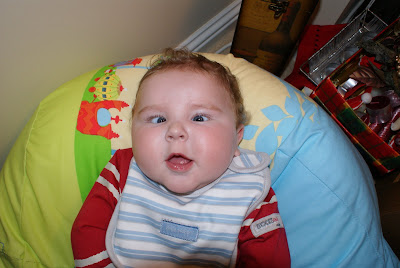 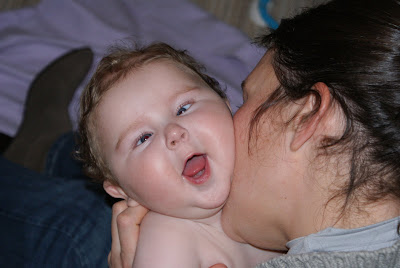 I started my new job in Leatherhead yesterday and it looks like it's going to work out ok. More confirmation that the decision to move back to UK has definitely been the right one. The support I've received from people I've worked with in the past has been amazing. 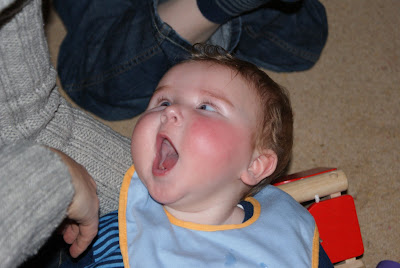 Ross's Grandparents arrived to give us a hand to settle into our temporary housing in London and brought his new glasses which we got made in Scotland. He seemed to wear them ok first time and perhaps he even seemed to be seeing things more clearly - time will tell how big a benefit for him this is, but I think you'll agree that the ladies will love his baby-blue frames. 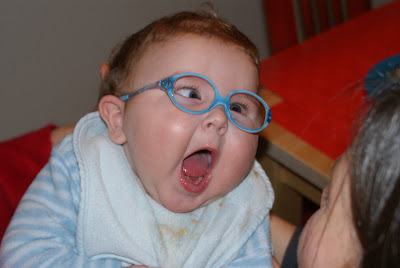 There's been some more activity on the fund-raising front. Plans are progressing well for a charity Burns Supper in a few weeks being arranged by some friends at work, and a friend of a friend managed to raise £900 by doing some sponsored facial-hair growing before Christmas - thanks James! It's great to see this sort of support, and as you can see below, Fin appreciates every single penny!!! 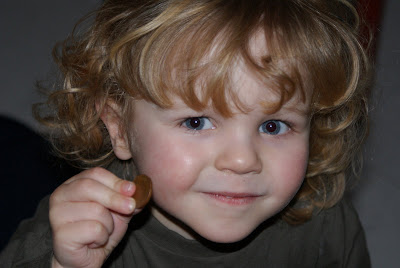